Cut’n’Paste products are the brainchild of Andy Spence.  Andy has a long history as Park Ranger for ARC and as biosecurity officer on Waiheke Island and DoC in Wanganui.

Andy Spence has an Honours Degree in Zoology from Leeds University and a Post Graduate Diploma in Education. See his profile at LinkedIn

Andy spent 10 years teaching Secondary School Science in England and then ran his own business in England for four years employing up to 10 people, before emigrating to NZ in 1989.

At first Andy worked for DoC for 7 years in Wanganui as the Taranaki Wanganui Conservation Board Executive Officer where he gained a good foundation in NZ conservation by upskilling Board members, organising inspections and writing reports and working on the first Conservation Management Strategy.

When Andy started at Whakanewha Regional Park it was a weed infested abandoned farm. Within 16 years Andy, with a lot of help from his friends and a host of volunteers, turned it into one of the most beautiful parks in the network. Andy really knows his weeds! He moved to Waiheke Island in 1995 and worked for the ARC as the Senior Park Ranger at the newly created Whakanewha Regional Park where he learned what weeds are really about. Waiheke Island is said to be the second most weedy place on the planet after Hawai and fondly called Weedheke by those in the know.

Andy also took on the role of Biosecurity Officer for the ARC on Waiheke Island and worked intensively with Auckland City Council and Weedbusters to increase public awareness of and action for the incredible weed issues there. Waiheke is one of the few places in the country brave enough to take on moth plant as a notified weed that landowners must remove and this is due in large part to Andy’s work in promoting weed control with the community’s support.

Whilst working in this role Andy developed the original Cut’n’Paste as a way of minimising the adverse effects of systemic weed control on spray conscious Waiheke Island.  He wanted people to be able to use herbicides in a safe and convenient way so that the weeds actually got tackled.

We are proud that Cut’n’Paste uses the lowest possible toxicity systemic herbicides to produce highly effect tools in the campaign to create weed free areas. It has many important applications for highly targeted weed control of a wide variety of species.

Placemakers on Waiheke Island sells more Cut’n’Paste than any store in New Zealand.  A credit to the Andy’s reputation on the island. 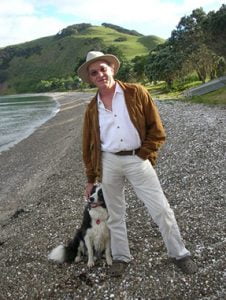 To talk with Andy about any aspect of using Cut’n’Paste and Bamboo Buster call him on
021 027 11631 or email andy@cutnpaste.co.nz.

Contact the manufacturer at 021 027 11631 or email info@cutnpaste.co.nz for detailed product information and other enquiries.