“Andy,
Here some pictures of the demise of a mostly annoying rose bush, that was choking a tree to death, it,s whipy branches were as much as 20ft long.  it also had angles sawlike thorns to grab you, it took about half a day to get rid of it. “ 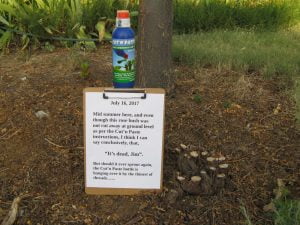 5 year old Cut’n’Paste still as effective as ever 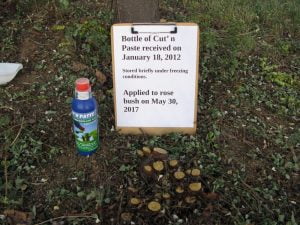 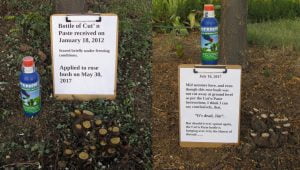